Epistaxis is the medical term of nosebleeds. Injury to the nasal cavity and the small blood vessels often result in nosebleeds. It is more common in children but may also occur in adults. Nosebleeds in children are normally caused by something completely harmless, such as blowing the nose too hard, picking it or having knocked while playing. Pushing something inside can also damage the small veins and cause it to bleed. You will know what to do if you were enrolled at any First Aid Training Courses.

For most children, the simple sight of blood can be a very traumatic event. They can easily get frightened and think that the nosebleed is something serious. It is important that you stay calm. Approach the child in a confident manner and say something reassuring. Ask the child to sit down. However, if the child has been injured in such a way that seating is not allowed (such as in neck injuries), have the child lie down and slightly elevate the head part. The patient is usually put in a sitting position instead of lying down to stop the bleeding faster. In the past, people were taught to that a person with a nosebleed should lie down, but this only increases pressure in the head causing bleeding. Moreover, it increases the risk of blood running down the throat which can cause the child to swallow blood and eventually vomit.

Using your thumb and index finger, hold their nostrils and pinch the lower, soft part of the nose. Apply a firm and steady grip on the nose for at least 10 minutes or until the bleeding stops. Pinching the nostrils is done to apply direct pressure on the bleeding blood vessels. The pressure closes off the severed vein and allows the blood to thicken into a scab (blood coagulation). Older children may be taught to hold their own nose. Pinching the nostrils is the simplest and most effective method of stopping epistaxis. Learn the best thing to do if you encounter this kind of incidents by going to a workplace approved Emergency First Aid. 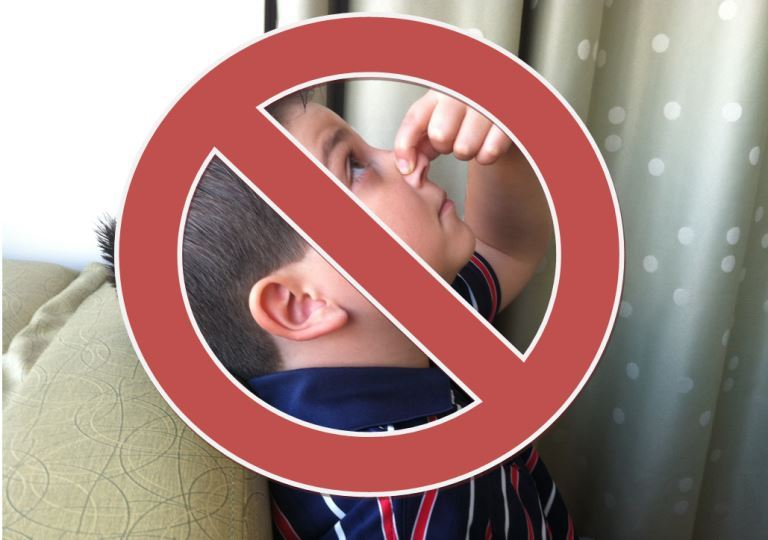 To divert the child’s attention, provide distractions such as telling a story or watching television. Tell the child to avoid playing rough activities at least two hours after the nose bleeding, and refrain from picking, blowing or rubbing their nose, especially if it caused the bleeding. If bleeding recurs or continues, try doing the procedure again. However, if bleeding persists or gets worse even when providing pressure to the nostrils, contact your healthcare provider or bring the child to the nearest emergency department.

Although nosebleeds rarely result in serious complications, chronic nosebleeds or nosebleeds do not stop must be carefully examined by a doctor. In addition, nosebleeds that are related to head injuries or causes difficulty of breathing should be referred to a doctor.

The information posted on this page is for educational purposes only.
If you need medical advice or help with a diagnosis contact a medical professional