Poison sumac is a plant that contains urushiol which is an oily substance that rapidly penetrates the skin upon exposure especially among those who love to spend a lot of time outdoors whether camping or hiking. It is capable of triggering an extremely itchy rash that can last up to 2 weeks. Many individuals are highly sensitive or allergic to urushiol and end up with a rash. Thorough washing of the skin using water and soap right after exposure can eliminate the oil before it completely penetrates the skin. It is important to note that the oil stays on clothing and other objects up to a year, thus all clothing and tools must be thoroughly washed to prevent a reaction in the future if these objects are used. There are several treatment options for the reactions triggered by exposure to poison sumac.

The topical treatments can help minimize the itchiness of rashes due to exposure to poison sumac. Calamine lotion that is applied topically to the lesions can help dry them out and reduce the itchiness which is part of the reaction.

Lotions that contain Benadryl which is an antihistamine should not be used since they can actually trigger a localized reaction that will only worsen the itchiness. The creams that contain hydrocortisone which is a steroid that reduces the itchiness and inflammation are readily available over-the-counter, but contain a weakened concentration of the drug. The prescription steroid creams prescribed by the doctor contains an increased concentration of hydrocortisone, thus there is likelihood that it is more effective in managing the reactions triggered by exposure to poison sumac. In addition, baking soda or oatmeal added to bath water can also minimize the itchiness. 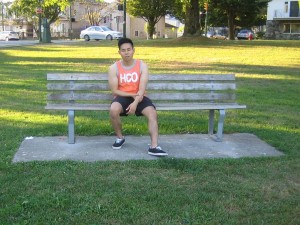 The topical treatments can help minimize the itchiness of rashes due to exposure to poison sumac.

NSAIDs such as naproxen and ibuprofen can help minimize the inflammation, itchiness and swelling triggered by poison sumac.

The itchiness caused by poison sumac can be intense. There are oral over-the-counter antihistamines such as Benadryl that are highly effective in reducing the itchiness, but will not shorten the duration of the rash. Antihistamines often trigger drowsiness, but the individual should not use them during the day. An advantage with these medications is that they help an individual sleep through the night when the itchiness is intense.

In severe cases of poison sumac reactions, especially if the genitals or face is involved, corticosteroids can be given orally or by injection in order to suppress the rash as well as the itchiness.