Among those who are infected, the virus will cause a mild, flu-like illness. This is considered as a health issue due to the risk for acquiring a potentially deadly brain infection in some cases. Take note that the harshness of the virus is higher among those over 50 years old and those who have compromised immune systems. The West Nile virus is spread by mosquitoes, thus reducing the risk of becoming infected is to avoid being bitten by mosquitoes. 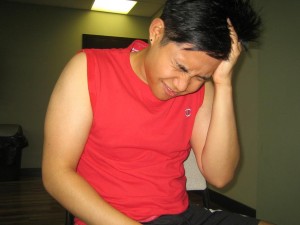 In most cases, the individual will experience headache, fever, aches and pain, fatigue and even swollen lymph nodes and skin rashes on the trunk of the body in some cases.

There are various ways in order to prevent mosquito bites that you should take into consideration in order to reduce the risk of acquiring this condition.

Identification of mild and severe symptoms

Remember that individuals who become infected with the condition display symptoms that are mild. In most cases, the individual will experience headache, fever, aches and pain, fatigue and even swollen lymph nodes and skin rashes on the trunk of the body in some cases.

The symptoms typically last for a few days but some can linger for a few weeks in some individuals. The symptoms of a serious infection include high fever, headache, stupor, neck stiffness, disorientation, coma, convulsions, tremors as well as paralysis and muscle weakness.

Symptoms of severe forms of the infection include West Nile encephalitis (brain inflammation), West Nile poliomyelitis (inflammation involving the spinal cord that leads to abrupt weakness or paralysis of the limbs or breathing muscles) and meningitis.

Always bear in mind that specific treatments are not yet available for the West Nile virus. With this in mind, prevention of mosquito bites is vital to avoid the condition.

Once an individual show any of the signs and symptoms of the West Nile virus after being outdoors or in areas infested with mosquitos, it is recommended to consult a doctor for proper assessment of the condition.