Can bodybuilding cause elbow pain? 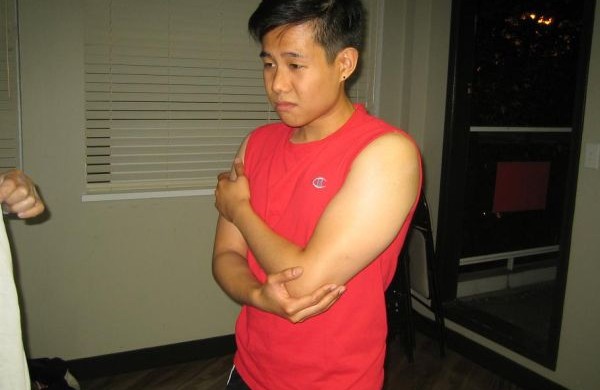 Elbow pain can occur among individuals who take part in bodybuilding. It is important to note that bodybuilding places a lot of strain on the muscles so that they can grow bigger. Oftentimes, a bodybuilding routine can trigger injuries to the muscles and joints even if the individual properly lifts using the correct form.

The primary cause for the pain in the joints such as the knee and elbow is bodybuilding using weights that are too heavy and incorrect lifting form.

A common form of elbow pain is no other than tendinitis. This condition develops as a result of repetitive motion or abrupt injury. Since bodybuilding requires monotonous motion during a workout, tendinitis is a typical trigger for elbow pain.

Sprains or strains in the tendons or muscles in the elbow and adjacent areas also cause elbow pain. Bursitis which involves inflammation of the bursa is due to repetitive motion that can affect the elbow region. 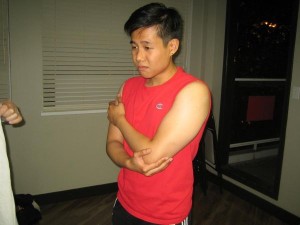 Sprains or strains in the tendons or muscles in the elbow and adjacent areas also cause elbow pain.

Always bear in mind that bodybuilding requires adding more weight progressively in the routine to help stimulate further muscular growth. Oftentimes, too much weight can add stress on the tendons and joints.

Small-sized tears in the joints can develop over time and become serious as more weight is added. Certain exercises such as bench press, shoulder press and overhead triceps can add substantial pressure on the elbow joints. It is recommended to minimize the use of heavy weights if possible so that the elbow is given enough time to heal.

Poor form while exercising is another cause for elbow pain. The risk for injury increases when exercising in the incorrect form and using heavy weights. Oftentimes, in order to push out the last remaining repetitions, bodybuilders might sacrifice good form just to finish their sets. Remember that this can result to incorrect execution of a routine.

One example is bending the arms and elbows in an awkward manner in order to complete an overhead triceps press. As a result, it can lead to sprains or strains in the elbow region which results to pain.

When to consult a doctor

In most circumstances, reducing the level of activity responsible for causing the elbow pain is enough to reverse the discomfort. This is applicable for both bursitis and tendinitis. If the individual starts to feel pain in the elbow during a bodybuilding program, it is best to stop the activity until the pain subsides.

If there is continued elbow pain or it becomes intense even after discontinuing the activity, a doctor should be consulted in order to prevent further injury or long-term damage to the elbows.